This story follows up “Dignity and Courage,” where Martin and Louisa attended a dinner in honor of Robert Dashwood in London. Here, we see Martin struggling with a decision that could tip the precarious balance of his relationship with Louisa. 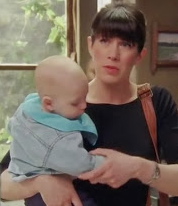 “As I recall, we found better things to do that night than talk medicine.”

“Yes, but Robert will be here shortly, and you haven’t said why he’s coming.”

“He didn’t tell me why he was coming.”

The two men shook hands, and Robert asked, “Might we have a word in private, Martin?” Robert asked.

“Of course.” Martin guided him into the consulting room and gestured to the bottle of whiskey he had set on the cabinet. “Dalwhinnie?”

“A tiny drop. I have a meeting in Truro in an hour,” Robert said, glancing at the clock, which read half-past six.

Martin poured a small measure of Scotch into a glass and handed it to him. He and Robert and Martin stood facing each other between the desk and the examining couch.

“I understand you’re putting together a committee. You’re looking for members?”

“Not exactly,” said Robert, sipping his drink. “I’m aware of your views on committees.”

“You’re not too wide of the mark, however. It’s a loosely kept secret that we have funding to set direction for a broad spectrum of medical research for the next five years. I’m putting together a very focused task force. It will have much more teeth than a committee.  I came to ask if you would you be willing to lead the task force.”

“Lead it. Sorry, Robert, I’m not interested in leaving Cornwall.”

“No need,” he said, gesturing at the surroundings. “With email, Skype, teleconferencing, you can lead the effort remotely.”

“Why not someone inside the medical circuit in London. I’ve been out of the loop a long time.”

“I prefer someone ‘out of the loop,’ as you say,” he said, setting down the empty glass.

“We’re talking a great deal of research money. The leader will have considerable influence.  I need someone free of political ties, someone who doesn’t owe any favors.” He pointed toward Martin. “You don’t owe anyone favors. Am I right?”

“Not to mention, I need a person with a first-class mind, up to date on the latest theories and practices.”

“So you were grilling me at dinner?”

“Yes, I needed to make sure your medical knowledge was current. You might have let things slip down here in this idyllic environment.”

“No,” Robert paused. “The leader has to have a broad vision. A specialist’s view would be too narrow. A GP fits the bill. Do you agree?”

“Most importantly, the person has to be someone whose judgment I trust implicitly — and a person with the courage of his convictions.”

“In two weeks, I will announce the names of the task force members, all doctors at the top of their fields. Their charge is to identify the key research areas of the future. They’ll document their proposals, estimate costs and submit them to you. You will select the projects we should move forward with and prioritize them. Based on your recommendations, I will release funding.”

“Wow.” Martin whistled. He poured himself a glass of water, drained the glass and leaned

back on the desk. “It’s tempting, I admit, but realistically, the time commitment will be monumental. My practice here keeps me  busy.“

“Yes, we are talking a lot of hours on top of your normal practice. And you will have to come to London occasionally. The position comes with funding.”

“Very generous, but it’s the time commitment that worries me.”

“Think what this opportunity means. Not to put too fine a point on it, you will be in position to make a significant contribution to the world of medicine.”

Martin raised his palms, a picture of Louisa and James on a plane to Spain crossing his mind. “I’m tempted, but Louisa and I are just getting our relationship back on track after a very rough patch. I can’t risk losing her and James again.”

He walked around and sat down at his desk, tilting his chin on his fingertips. Then he looked up at Robert. “If this offer had come a year ago, I would have jumped at the chance. Now, I don’t see how I can take it on. I’m sorry.”

Martin walked with him to the door, and the two shook hands outside. “I understand your concerns,” said Robert,” but, please, give it some thought.”

A week later, Martin came downstairs and picked up the mail from the floor in front of the door. He thumbed through the envelopes, put all but one on Morwenna’s desk and walked into the consulting room. Sitting down at his desk, he looked at the envelope several seconds before opening and reading the letter. He heard Morwenna come in the front door and the telephone ring.

“’Doc,’ emergency,” she called, opening his door. “A man passed out down the harbor.”

“No, must be a visitor. Nobody recognized him.”

“Reschedule my appointments if I’m not back in an hour,” he said, walking out the door.

When Louisa came downstairs, she asked, “Does Martin have a patient, Morwenna?”

“He went down to the harbor on an emergency half-an-hour ago.”

“I’ll leave him a note.” She walked into the office and sat down at Martin’s desk. She wrote a short message on his notepad. As she was placing it in the middle of the desk, she noticed the letter set to the side. The opening sentence caught her eye. ” . . . hope you will reconsider my offer . . .”  She picked up the letter and began to read. She was nearly finished when Martin walked in.

“Louisa,” he said, glancing at the letter in her hand.

She looked up at him, with a question in her eyes, but he didn’t speak.

“You had an offer from Robert.”

“You don’t understand. What Robert’s proposing would take every waking hour of my free time.” He turned away to set his bag on the counter and said. “I’m happy with things the way they are.”

“Are you turning down the offer because of me?”

He shuffled his feet. “You are part of the reason,” he admitted, turning toward her, “but not the entire reason.”

“What is the other part of the reason?” Louisa stood up and walked over to him. 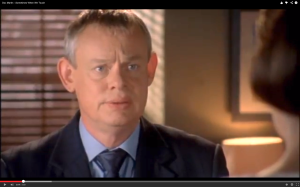 He spoke slowly, trying to convince himself as he formed the words. “Selecting what we should research, in the UK, for the next five years, is an awesome responsibility. A mistake could have long-reaching consequences.”

“Martin Ellingham, when did you ever think you could make a mistake?”

“This is not a trivial matter, Louisa.”

Louisa kept silent for several seconds. Finally she asked, her voice serious. “Do you believe that anybody else would make better decisions than you would make?”

Martin looked around the room, then back at Louisa.  “No, I don’t.”

“Would you accept the offer if it weren’t for me?”

The words caught in his throat, but finally they came out. “Yes. Yes, I would.”

“Martin, I appreciate that you care enough about our marriage to give up something that means a great deal to you, but you can’t make decisions this important without discussing them with me.”

“You want me to take Robert up on his offer? Louisa, I am not exaggerating when I say it will take every minute of my free time.”

“I’m not saying I want you to accept the offer. I am saying that we should discuss it together.” 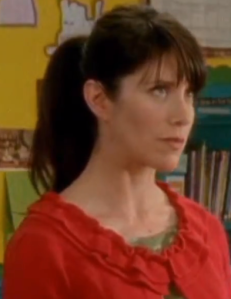 She lowered her head and then looked at him. “I didn’t realize how great a sacrifice you made passing up the position as Head of Vascular at Imperial until I attended the dinner. Talking to Charlotte and hearing Robert say how hard it was for him to move on helped me understand, for the first time, the passion you must have had for surgery.”

Silence filled the room before Martin spoke. “It’s true that the dinner stirred up feelings I hadn’t felt for a long time.”

“Then let’s talk about this offer. Robert says the commitment is for one year. Is that realistic?”

Louisa appeared to be considering what the commitment would mean to their lives. She set her shoulders and said,  “Okay, a year isn’t forever. I am willing to make this sacrifice for you, because I believe heading up the task force is important, and I know you would do an incredible job.”

Before he could reply, she added quickly, “But you will have to set aside time every day for James.”

Martin took a deep breath and put his hands on her shoulders.  “You really are wonderful, you know.” He held her close for a very long time.

He stepped over to the desk, picked up the letter and asked, “Did you read the names of the people I will be working with?”

“No,” she said, taking the letter out of his hands and turning the pages until she found the list of task force members. Her mouth dropped when she saw the name at the top.

A smile crept out over Martin’s face.

Louisa slapped the papers down on the desk and said, “Wipe that smirk off your face, Ellingham.”

To read all articles and “Doc Martin” FanFiction, go to the front page of karengilleland.wordpress.com