This story is based on true events that happened to my niece many years ago, when she was six years old. 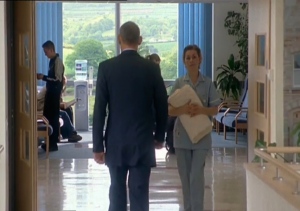 Walking down the hospital corridor, Martin was passing the pediatrics unit when he heard the shout. He stopped in front of an attractive, blond-haired woman wearing jeans and a plaid work shirt. Suddenly she began sobbing and shaking.

Martin’s eyes widened, and he took hold of the woman’s arms, his memory fighting for her name. “You’re Mrs. Barker, right?”

“Our little girl, Linda. She’s dying, and the doctors tell us there’s nothing they can do. They say she may not make it through the night. Father Michaels is giving her last rites.”

The woman’s voice gave way to violent sobbing, and Martin put his arms around her shoulders. After a few moments, he eased out of the awkward embrace and assisted Kerra into a chair; then he strode over to the nurse’s station.

“Doctor Ellingham,” he said, “I’m Linda Banks’ GP, and I’d like to see her attending physician.”

The nurse sent a sympathetic glance toward Mrs. Banks, and said, “Doctor Carstairs is looking after Linda.”

“Page him, please. Which room is Linda’s?”

The nurse gestured toward a closed door, which opened as they spoke. A white-haired priest emerged, pain visible on his face. The priest walked over and sat down beside Mrs. Banks.

Martin pushed open the door to Linda’s room and saw a girl, about six years old, long, blond hair like her mother’s. The child’s face was chalk white. One hand rested beside a brown, cloth pony. Martin picked up her other hand and felt the faint pulse.

Gently laying the girl’s hand back down, Martin snatched up the clipboard at the foot of the bed and skimmed the notes, frowning as he saw nothing conclusive.

Martin noticed Linda’s eyes flicker, and he sat down next to the bed. “Hello, Linda. I’m Doctor Ellingham. Do you hurt anywhere?”

The girl didn’t speak, but her fingers tapped her right leg.

A young man opened the door, introduced himself as Doctor Carstairs, and invited Martin to his office. “I don’t see your name on record as Linda’s GP, Doctor Ellingham, so I’m afraid—“

Martin raised a hand, lowered his head, and said, “No time. What is wrong with Linda Banks?”

“We don’t know,” the man answered. “Her white blood count is up, indicating infection, but we can’t identify the strain.”

“Nothing more we can do. We’ve told her parents Linda’s condition is so aggressive that we could lose her at any time.”

Martin’s mouth opened, but he held himself in check and asked, “Antibiotics?”

“Yes, we’re treating her with general antibiotics,” said Carstairs, riffling through papers on his desk, “but not anything specific for her condition.”

“I asked Linda if she was in pain,” said Martin, “and she touched her leg. Have you tested her for osteomyelitis?”

“Then schedule an X-ray, MRI and bone biopsy immediately.”

“The blood work doesn’t indicate osteomyelitis,” said Carstairs, who looked at his watch and started to rise. 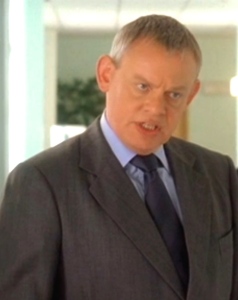 “Osteomyelitis is nearly impossible to diagnose without the tests I’ve mentioned,” pressed Martin, eye fixed on the young physician. “As her GP, I insist you order the tests. You’ll find me in Linda’s room,” and Martin turned his back on the young man, who was muttering about verifying that Martin was indeed Linda’s GP.

When Martin returned to Linda’s room, he picked up the clipboard and was scrutinizing the notes when two medical attendants arrived, a bald-headed man and a heavy-set woman. They lifted Linda onto a gurney and started to wheel her out of the room.

The woman narrowed her eyes and kept going, but the bald-headed man stopped. “Whatever you say, Doctor Ellingham.” He picked up the toy and tucked it under Linda’s blanket.

“Mind you don’t forget it when—“

Martin walked out to the waiting area as the priest was saying good-bye to Mrs. Banks. Martin explained what was happening. Kerra lifted her shoulders as she took in the news. “So there’s hope?”

“Possibly.” Martin paused and asked, “Why did you not bring your daughter to see me when her symptoms began?”

Mrs. Banks shrugged. “Linda started vomiting two nights ago. We put her in the car and drove straight here. I was so flustered I didn’t list you as GP, so you weren’t notified. Nurse just asked me to sign a form. Sorry, Doctor.”

“I’m a bit knackered because I’ve been here ever since we came in,” Kerra said. “We have sheep and horses, so my husband can only come at night.”

Realizing the woman was near collapse, Martin said, “These tests will take several hours. It might be a good idea for you to take a taxi and go home and rest. I’ll stay with Linda.”

Afternoon was fading when Doctor Carstairs told Martin, “The X-ray wasn’t conclusive, but the MRI showed a mass in Linda’s right leg. We performed a biopsy and are awaiting results. Linda’s on her way back to the room.” He stopped talking, took a deep breath and said, “She’s slipped into a light coma.”

“Oh, God,” said Martin, thinking, the girl could die before we even diagnose her.

An hour later, Doctor Carstairs entered the room, where Martin sat by the unconscious girl. “We’ve confirmed osteomyelitis in her tibia and have isolated the bacteria strain,” Carstairs said. “We’re about to start a new course of antibiotics to stop the infection from spreading.”

Martin sighed. “God help us it’s not too late.”

Head bowed, the doctor walked to the door, but turned back. “Thank you for your help, Doctor Ellingham,” he said, lifted his head and gave Martin a thumbs-up sign. Martin acknowledged the gesture and sat back to wait, thinking that even the horse had a forlorn look in its eyes.

Martin was writing a note on the clipboard when Kerra and her husband came into the room. Ted Banks, tall, thin, sandy haired, looked at Martin with raised eyebrow.

Answering the unspoken question, Martin said, “Your daughter has osteomyelitis, an infection in a bone in her leg.”

“Will she live?” asked the man, gripping Kerra’s arm.

“Linda’s being treated with a different course of antibiotics.” Martin looked down at the child and said, “She’s not out of the woods. She’s in a light coma, and we’re waiting for her to wake up.” As he spoke the words, the girl sighed and moved her hand slightly.

“Linda, baby girl,” breathed her mother, sitting down on the other side of the bed. Linda’s father pulled a chair next to Kerra, picked up the girl’s hands, but Linda made no other response. The parents looked at each other, and Martin saw the fear in their eyes.

Reaching into the crib, Martin picked up the horse. “This fellow has seen a lot of wear,” he said, hoping to ease the tension, and he set the toy back down next to the girl.

Kerra smiled. “Three years ago, when our mare had a foal, Linda looked at its skinny legs and said, ‘Bony Pony.’ We gave her this toy, and it became, ‘Bony Pony 2.’ She carries it everywhere.” Kerra brushed her hand over the horse, and tears filled her eyes.

Martin walked to the door and asked the nurse to send in a coffee tray. As he, Kerra and Ted sipped coffee, Martin answered questions, but his eyes captured every blip on the monitors. About nine o’clock, he noticed that Linda had begun sweating, and he motioned to the parents. “Her fever’s broken,” he said. “That’s a good sign.”

Minutes later, Linda opened her eyes. Her parents let out a squeal of joy. Martin didn’t speak, but pressed the button for the nurse.

Soon, the night doctor and three nurses surrounded Linda’s bed, changing the IV, checking the girl’s temperature, taking blood samples. The team finished and left. Nearly an hour later, the doctor returned and announced, “The blood tests show the antibiotics are working, so I’m cautiously optimistic that Linda has passed the crisis point.”

The words spilled like tonic into the room, and Martin said, “Why don’t you two go home. Linda will have to stay in hospital several weeks. She may even need surgery, so you’ll be spending a lot of time here. I’ll keep watch until morning.”

“I don’t know how we can ever thank you, Doctor Ellingham,” said Ted Banks, rising to shake Martin’s hand. “We’d lost hope,” and Martin saw the man’s eyes flicker to catch back tears.

Kerra walked over and hugged Martin, her head on his chest. “I’ve never been so scared,” she whispered. “Thank you for saving our darling angel.”

Martin nodded and watched the couple leave. He sat down beside the girl, who had fallen into a natural sleep, her arm around Bony Pony 2. Early in the morning, Mrs. Banks returned. Martin reassured her that Linda’s condition was stable, and he took his leave.

Patients were sitting in reception when Martin walked into his surgery. He stepped past them into the kitchen, where Louisa was eating cereal. “Martin,” she said, “how is Linda Banks?”

“She has a bone infection, but it’s in hand.”

Martin merely shrugged, poured himself an expresso and went into his office to see the first patient.

Shortly after dinner that evening, Martin sat slumped at his desk reading lab reports when Louisa came in and said, “I’ve drawn you a hot bath. Go upstairs. Now.”

Martin looked at her, nodded and pushed the papers aside. “Thank you,” he answered, and he plodded up the steps.

Relaxing in the hot tub, water up to his neck, Martin leaned back and sipped the whiskey that Louisa had brought up and insisted he drink.

Afterwards, about to drop into bed, Martin stopped, visions of a small girl fighting for her life filling his mind. He turned, walked into James’ bedroom and lifted up the sleeping infant, along with the stuffed bear scrunched under his legs. Martin carried the two into the other room, slipped under the covers, wrapped an arm around his son and fell into a deep sleep.

To read all articles and FanFiction, go to the front page of karengilleland.wordpress.com